While Filipino restaurants are gradually being known in the Dubai food scene, gasto-pubs and bars that are Filipino-themed come not very far behind. Tucked in The Q Underground in Holiday Inn, Al Barsha, which just recently opened its doors to the public, Bodega Garage promises to take you to Manila with their entertainment, food, and drinks.

Coming from the Philippines and having tried a number of gastro pubs back home, Mark and I were excited when I received an invite from Bodega Garage. The place is massive with an ample seating area, an entertainment stage for the live band, and a pool and darts section for the sports enthusiasts. 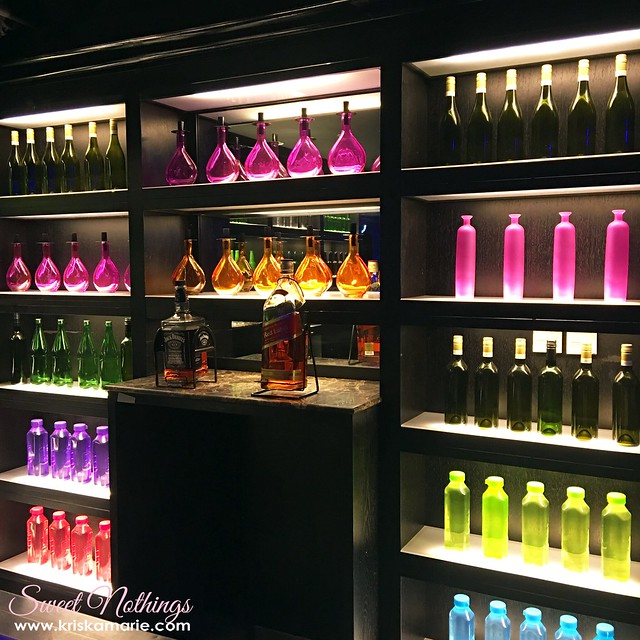 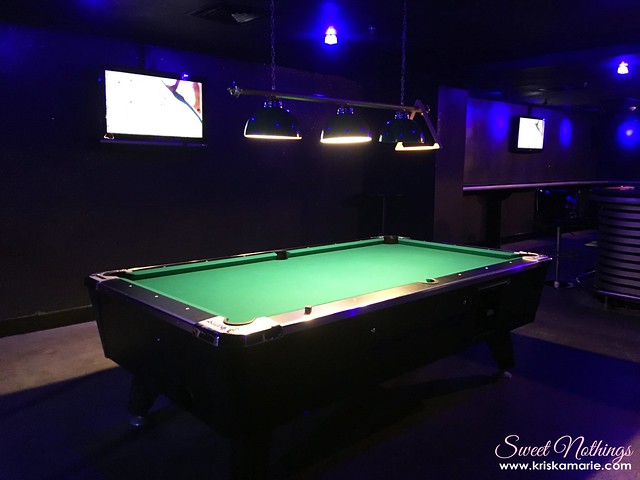 It also has a well-stocked bar which offers concoctions from the Filipino and International cuisine—from cocktails, beers, wines, and spirits, to mocktails, fresh juices, and soft drinks. 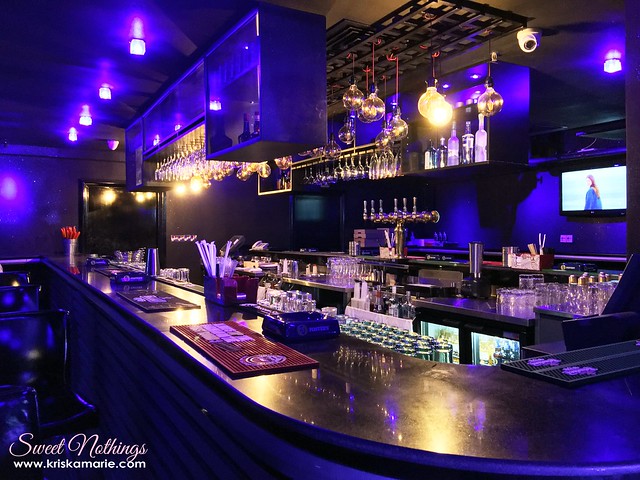 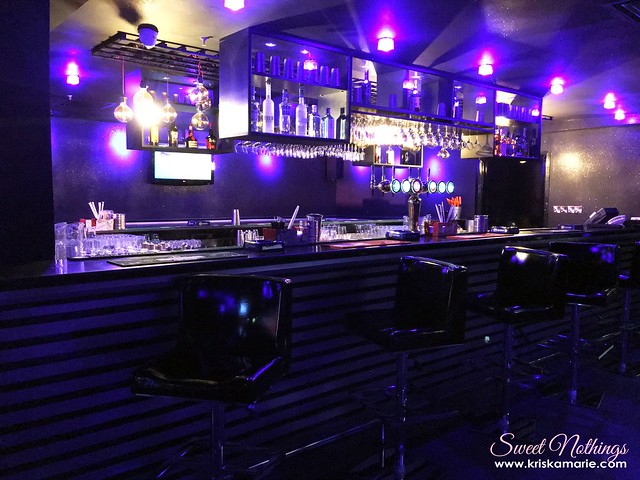 Bodega Garage has that catchy tagline “Park Urself at Bodega Garage” and has quirkily coined sections of their menu after car parts and car services.

Mark got his favorite Jagerbomb from the Accelerator section, while I tried their Bull Frog and Cosmo cocktails from the Wheel Alignment list. Both cocktails were refreshing and had that right amount of alcoholic punch. 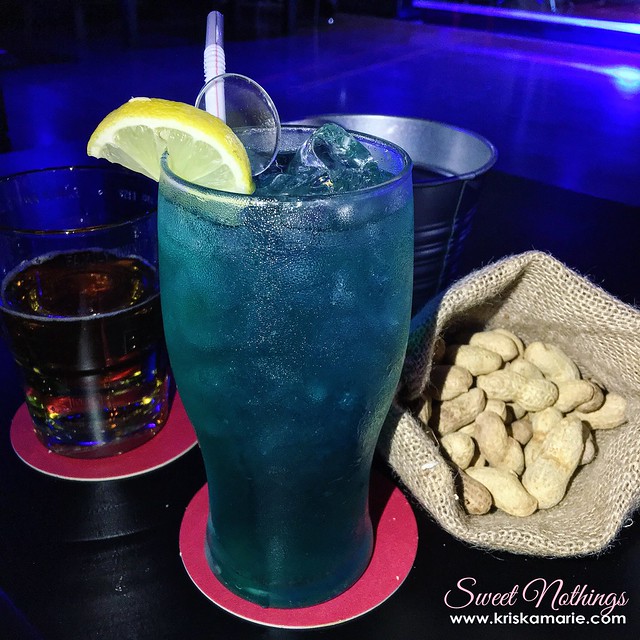 The food menu, surprisingly, didn’t have much offerings unlike authentic Filipino bars back home. You see, Filipinos are very much associated to having food feasts, even when drinking. Most of the time there will be even more food than the drinks itself.

Bodega Garage offers limited dishes from the Filipino and Continental cuisine. We had Margherita Pizza and Beef Sisig, since we were only offered two dishes for the night. The pizza was okay, I loved that it was heaping with cheese, but there’s nothing really spectacular about it. 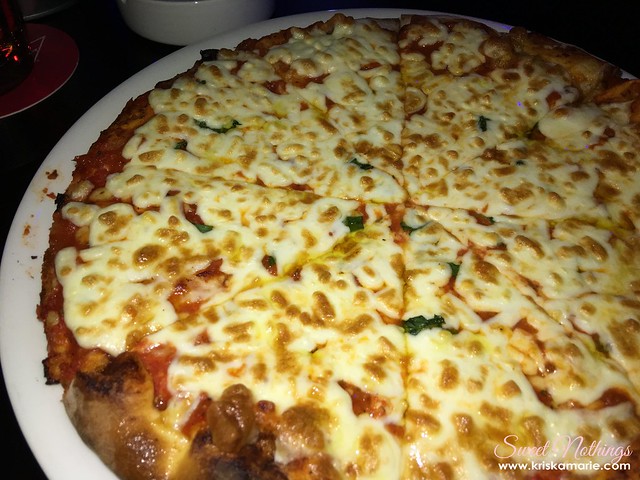 Sisig, being a staple pulutan in Filipino drinking sessions, was definitely not given justice by Bodega Garage’s version. The Beef Sisig was a total downer. There were huge chunks of tough beef and huge onion slices, it did not even look like an authentic sisig. The authentic sisig taste, which should be tangy and spicy, also wasn’t captured by this dish. It was more on the salty side and tasted more like Bistek Tagalog (Filipino version of Beef Steak), but yeah, a salty one. 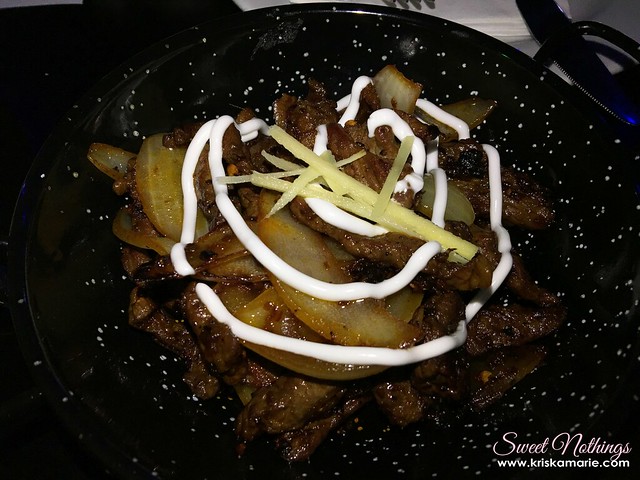 While the food didn’t really had us convinced, I am all-praises with their live band. Had it not been because of the live band, Mark and I would have gone ahead after finishing our drinks. Yup, if there’s one consolation, it’s that their live band was amazing. A-Works, Bodega Garage’s all-Filipino band, definitely exudes Filipino talent which is incomparable. They offer entertainment, complete with singing and dancing, that surely brings life to the venue.

They also have a chat up area for when you don’t want some loud music, with comfy couches and pictures of Filipino celebrities as wall accents. 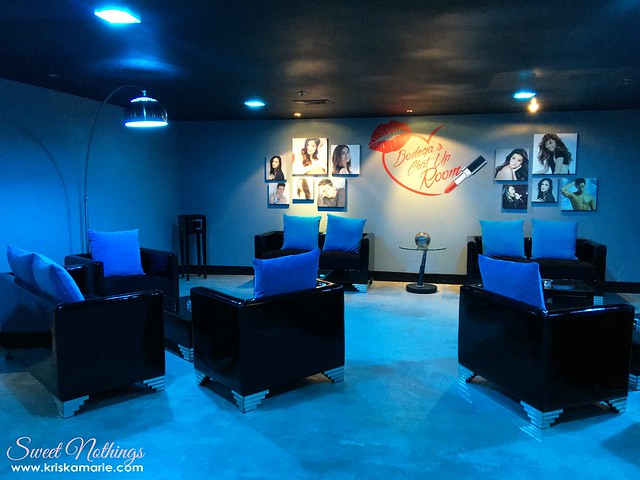 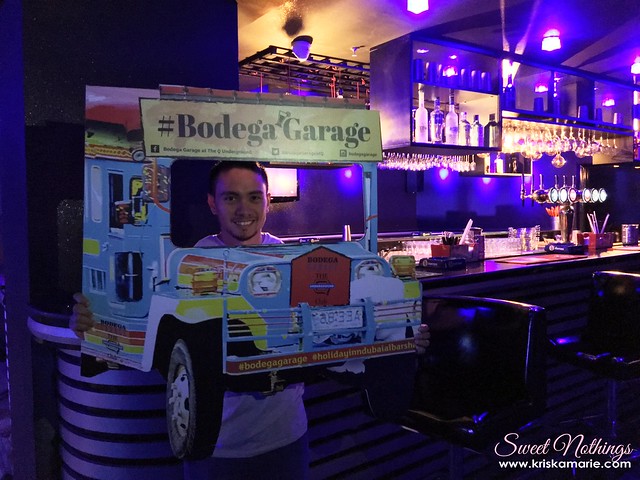 I also cannot speak for the rest of the food that they offer (because we were only offered with two dishes), but I think they should brush up on their menu if they like to be swarmed by guests. Adding more Filipino favorite pulutans such as authentic sisig, crispy pata, lechon kawali, and isaw wouldn’t hurt, I think.

We were guests at Bodega Garage and our food and drinks were complimentary, but as always, this post is sincerely written and all views and opinions are my own.

Designed & Promoted by IS Global Web
Stay With Us